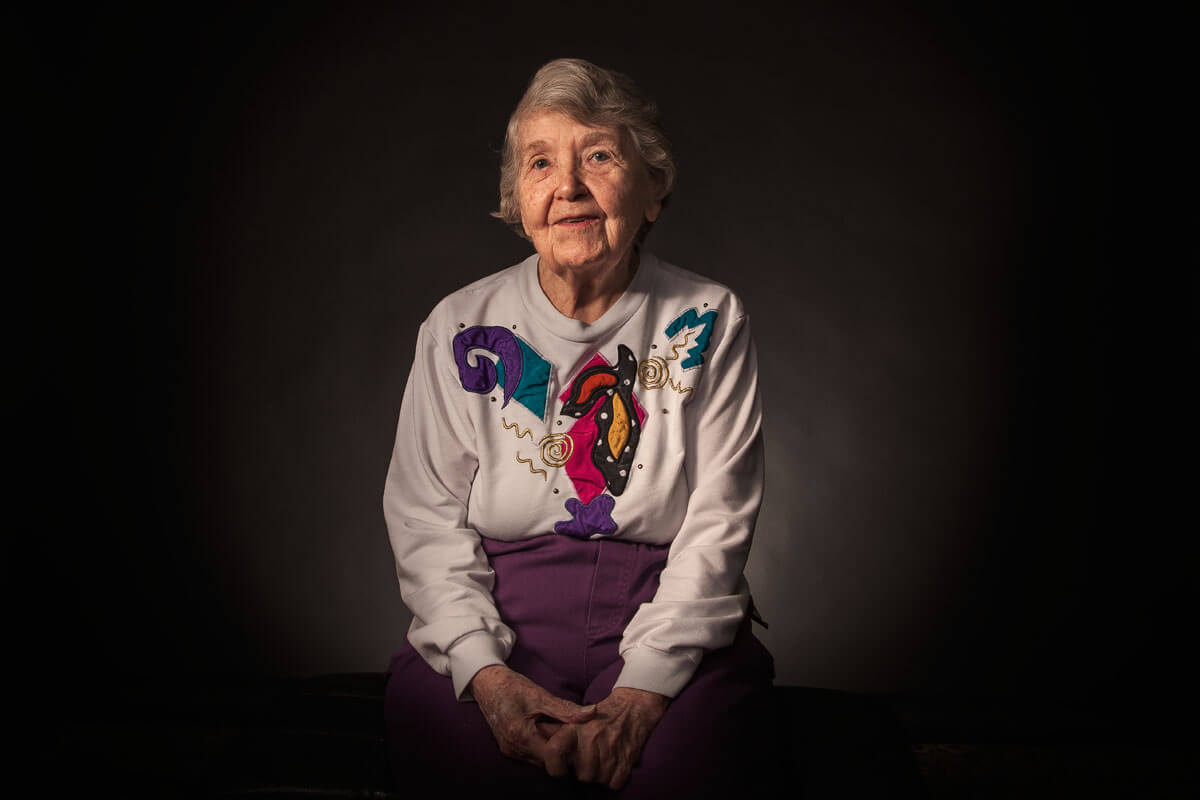 
I joined the WAVES in 1946; I saw a poster that made sense to me — something about how every woman who volunteered released a man for active duty. It gave me something to really hold on to. It was important to me to do something for my country.

In the service I learned drafting and also became educated in psychology. I used both throughout the war and after, and at the urging of my mentor I became a social worker. I met my husband while we were stationed on Treasure Island in San Francisco Bay, and after 10 days he sat me down at Howard Johnson’s and asked me to marry him. He listed all the reasons I should, and ended with, “You’ll never be rich, but you will have a lot of fun.” That convinced me. And he was right. We had some hard times, but we always had fun.